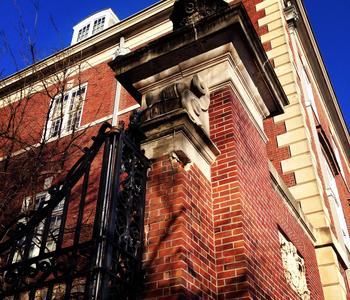 
Many Econ majors choose Math as their supporting coursework. You already have to take some math courses to get your degree and you will find that if you pick math for supporting coursework that you can pick up the whole major without needing to add many classes at all. Mostly due to the fact that both majors require "supporting coursework" however you are able to use each major to satisfy the requirement for the other.

Returning to your original question.

Of the list you narrowed it down to I would reccomend picking whichever you find the most interesting or feel like you would have the easiest time with. I upvoted but I respectfully disagree. The math major requires about 10 upper-level math courses; the Econ major requires up through Calculus II. This is a Big Deal.


I also know two double-majors in Math and Econ; neither of them gained employment based on this combination and both of them found the Econ major to be totally useless. OP Ask questions like this to lots of people; you will get lots of answers and the truth is somewhere between the extreme answers.

I double majored in Econ and Anth, its pretty unconventional but I found it remarkable valuable. They are two completely different ways of thinking, which is sometimes hard to balance, but it allows you to get a much wider range of perspectives on social issues. I absolutely cannot stand economic theory; I find it too dry.

UCLA econ major: everything you need to know

I would love to maybe work in the government or go to law school. To that end I'm currently applying for internships at my senator's office and one at the Department of Energy for over the summer. My only fear is, can I still get a good job if I don't end up going to graduate school?

You can get a decent job if you don't go to grad school - it's not a requirement. I myself think I'll go to law school because I feel it would be a better "in" into the government than just my Economics B. It may be somewhat easier landing a position as a "financial analyst" for xyz company than what you may be looking for in government, but don't let that deter you.

Thanks for your input! I was actually reading this guide made by a think tank of sorts on how to get into public policy. There was a section dedicated to what to study for your undergrad. In discussing economics, political science and other social science and liberal arts degrees, it was more pro-economics but even then quite hesitantly. The guide suggested quantitative coursework or statistics, so at the moment I'm leaning toward political science and stats. My only fear is I won't be able to get a good job in my hometown Chicago once I graduate, whereas if I do stats and econ I likely can. No one in the real world takes poli sci seriously. It doesn't really get you any job. It's interesting to study, but that's it. Study poli sci if you have the time to do it, and if you find it interesting, but don't think that it will do anything for you. Ok, thank you!


I've been thinking about it quite a lot recently Like you said, it makes me more employable in the "real world. If I don't go to grad school it would be the end for me.

Although I have a stronger interest in poli sci, I'm eager to study economics because it can provide a bit of poli sci while learning something completely new. I want to study poli sci because it's my passion whereas I want to study economics because I feel like I can directly learn something which will be helpful in getting my foot in the door of something public policy related. Communications major dilemma, career options. White House Internship Spring Quitting my co-op early-suggestions.